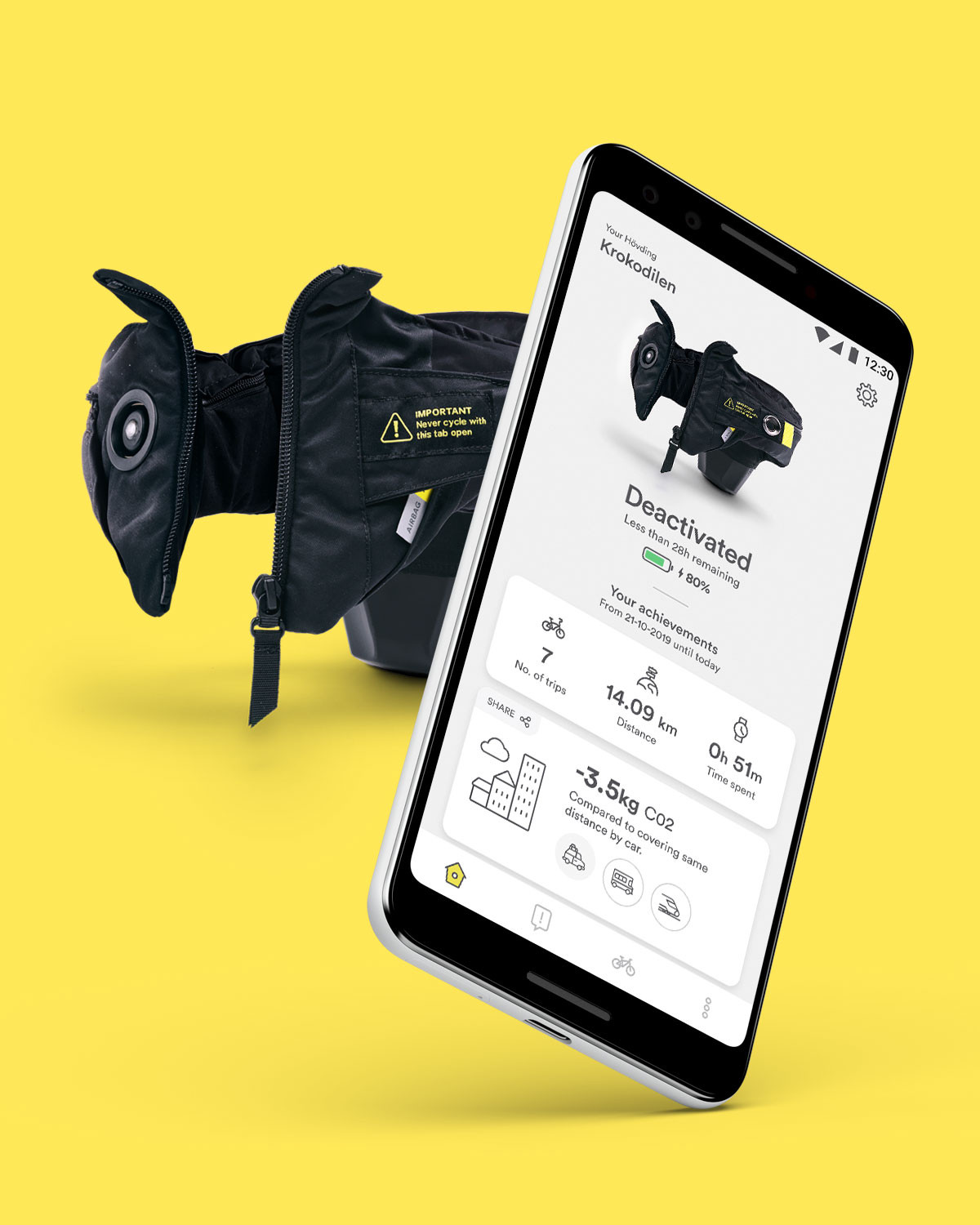 Hövding is an airbag for urban cyclists – 8x safer than a traditional bicycle helmet. Hövding 3 is the first Hövding to feature Bluetooth connectivity. In February 2019 Avico was chosen as a partner to commercialise and implement Hövding’s digital service.

We took an active role in supporting Hövding with product ownership. Hövding had a vision of what connected device might be – we helped them to reshape the vision and turn it into an actionable roadmap. Via a series of workshops and prototypes, we pinpointed the key business and customer values, and defined development scope for the MVP (Minimum Viable Product) that was released in September 2019.

We designed and developed a service with two consumer facing touch points: an Android app and an iOS app. The apps enable Hövding 3 users to connect their airbags to smartphones via Bluetooth. This connection enables 4 core functions of the service: